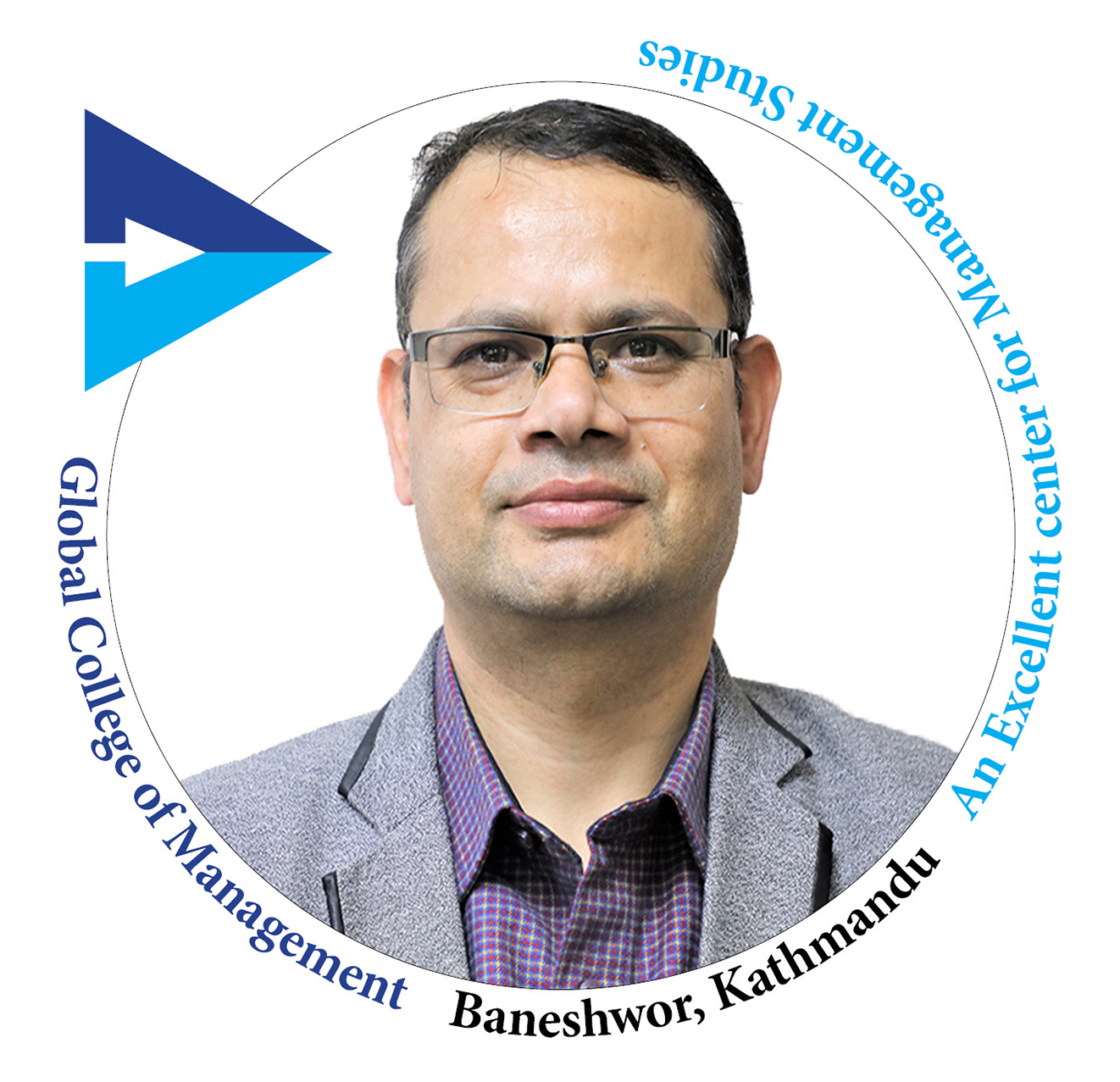 Mr. Sapkota is an academic professional working in such different capacities as a teacher, an administrator and a researcher in educational sector for more than 20 years. Immediately after completing his Proficiency Certificate Level (equivalent to plus two at present) in 1999, he started to teach in different academic institutions ranging from private schools to university levels.

He was born in a remote village of Sindhupalchok district. Later he migrated to Kathmandu valley making Kapan, Budhanilakantha Municipality, as his permanent residence. He completed bachelor’s degree in English and Sociology from Pashupati Multiple Campus in 2003 and did his master’s degree in English (Humanities) from Tribhuvan University in 2005. In order to obtain additional educational qualifications, he completed One Year B. Ed in 2006 from Mahendra Ratna Campus, Tahachal, Kathmandu and MA in Sociology in 2012 from Pashupati Multiple Campus, Chabahil affiliated to Tribhuvan University. To further quench his thirst for knowledge in multidisciplinary aptitude he finished M. Phil in English in 2020 from IACER [Institute of Advanced Communication and Research] affiliated with Pokhara University.

As a professional enthusiast, he began to teach as a Primary English and Social Studies teacher in 2000. After completing his master’s degree, he started to teach at Nobel College affiliated with Pokhara University in 2008 where he worked as a faculty in the bachelor's level till 2019 in the morning shift. Besides, he worked as a part-time lecturer in New Summit College, a Tribhuvan University affiliate, in the 4th Semester for three academic sessions consecutively. In the daytime, he worked as a Vice-Principal at Arunima Secondary School Boudha, Kathmandu for ten years. He has also accomplished his duty as an International School Award Project Coordinator, an academic venture of the British Council in order to enhance the educational level of Nepalese education to meet the international level. He also worked for the Intensive Study and Research Center, Putalisadak Kathmandu for two years from 2019 to 2021 as an educational as well as development consultant, conducting, supervising, and assisting in various research activities at local, provincial, and national levels. Having received different trainings from British Council and other training institutes as well as having participated in different intellectual seminars from Pokhara University and others he has been well-equipped academic arena.

His enthusiasm pervades in reading and writing too. He is fond of listening to music and singing melodious songs during his free time. Hermann Hesse’s Siddhartha is his all-time favorite of all the books he has gone through so far. In the meantime, he has a great influence on such scholars as Immanuel Kant, Michel Foucault, Edward Said, Franz Kafka, and Paulo Coelho as well. His break from the formal teaching-learning process from 2019 to 2021 is by virtue of his keen interest in traveling to new places and getting new insights about different cultures in Nepal.

His source of inspiration and motivation is one of his neighbors, Mr. Bhim Bahadur Thapa, a retired engineering professional who, even in his early 90s, endeavors to gain knowledge in literature and philosophy, and incessantly urges him for professional sincerity, intellectual consistency, and behavioral decency. In addition to it, his life forces are his wife and two children, a son, and a daughter.